ATO Back In Town

The onset of the COVID-19 pandemic saw a flood of Government support for the economy as well as a sharp decline in ATO collection activity, with virtually no applications by the ATO to wind up companies in the best part of the last two years.

There has been much conjecture since the start of the pandemic as to when ATO recovery actions would recommence, if at all. In fact, large parts of the ATO debt recovery teams were seconded to other areas of the ATO.

It has been reported that the ATO’s debt book has risen to $58.8 billion as at the end of June 2021
and as at the end of December $61.4 billion, with experts believing it to be much higher allowing for unaccounted tax debt.

ATO are collecting debts again
ATO recovery action has well and truly recommenced in recent weeks with a reported 50,000 warning letters sent to company directors around the country. These warning letters are issued as:

● Director Penalty Notices pertaining in the main for unpaid superannuation, PAYG withholding and GST
● Warning letters to directors via debt reporting powers provided to the ATO in 2019 [which took a backseat during the pandemic], that the ATO may report company taxation debts to credit reporting agencies for any businesses that owe more than $100,000 in tax and are more than 90 days in arrears without a payment plan.

These warning letters are being sent to the director’s residential address as per ASIC records and even if the address is no longer current, the ATO deems that it has been received whether the director[s] actually sees it or not as it is the responsibility of the director to keep ASIC records up to date.

If debts to the ATO have been correctly reported within prescribed timeframes, the director has the opportunity to remit their penalty by paying the debt or by placing the company into voluntary administration, liquidation or appointing a Small Business Restructuring Practitioner (SBRP) within 21 days of the date of the notice (NOT the date the director received it).

If debts have not been reported correctly and within prescribed time frames the penalty is a “lockdown” penalty and the director can only avoid the personal liability by having the company pay the outstanding amounts in full.

This does not leave much time for a director to consider their options and take the necessary action. If a director has received a warning that they may receive a DPN, they really need to plan now to deal with any penalty they might receive in the future. Both directors and accountants [on behalf of clients] need to engage with the tax office, as ignoring these warnings might result in a company director becoming personally liable for the company’s tax debts.

The ATO will no longer be perceived as an unofficial Line of Credit
Directors can no longer avoid penalty by just entering the company into a payment plan with the ATO.
Directors will remain personally liable for the debts (unpaid PAYG withholding, net GST or Superannuation Guarantee Charge [SGC] obligations).

So plan now and this is where cash flow finance options such as those offered by Key Factors can assist. Freeing up cash in unpaid invoices to relieve the pressure on cash restraints whilst waiting for the customers to pay. 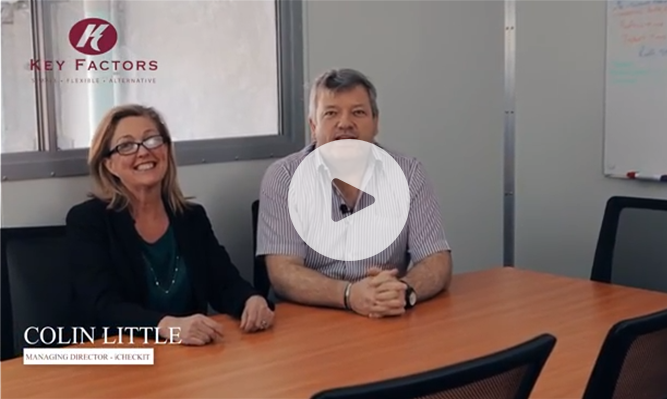